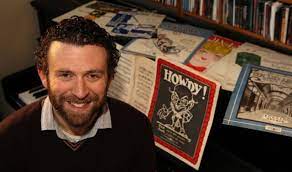 Daniel Goldmark works on American popular music, film and cartoon music, the history of the music industry, and popular music. He is a professor at Case Western Reserve University in Cleveland, Ohio where he is the head of Popular Music Department and the Director of the Center for Popular Music Studies. He is the series editor of the Oxford Music/Media Series from Oxford University Press, and is the recipient of a fellowship from the American Council of Learned Societies (ACLS). Goldmark also spent several years working in the animation and music industries.

To make reservations for this event, click here before November 16