Please join us for our next meeting. Get to know us. All are welcome to attend.

All are invited to attend.  There is no charge for this special event.

Philly’s own Joseph Fox Bookshop is pleased to partner with Rachael Cerrotti in support of “We Share the Same Sky: A Memoir of Memory & Migration.” Order now for a signed book and receive 10% off at checkout. Use the code: SAMESKY. . Buy here. 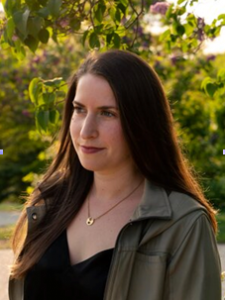 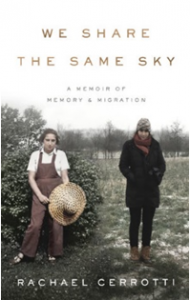 Rachael Cerrotti is an award-winning author, photographer, educator and audio producer as well as the inaugural Storyteller in Residence for USC Shoah Foundation. For over a decade, she has been retracing her grandmother’s Holocaust survival story and documenting the echoes of WWII. In the fall of 2019, she released her critically-acclaimed podcast, titled We Share The Same Sky, about this story. The podcast is now being taught in classrooms worldwide. Rachael’s memoir, also titled ‘We Share The Same Sky’ is her first book. It received a starred review from Publisher’s Weekly and listed as one of the “Best Books of August” by Apple Books. Learn more at: www.rachaelcerrotti.com & www.sharethesamesky.com.

Rachael’s podcast and book documents her decade-long journey to retrace her grandmother’s Holocaust survival story. She explores the pursuit of memory and how the retelling of family stories becomes the history itself.

In 2009, Rachael, a college student pursuing a career in photojournalism, asked her grandmother, Hana, if she could record her story. Hana talked and Rachael wrote. Upon Hana’s passing in 2010, Rachael discovered an incredible archive of her life. There were letters, diaries, preserved albums, and hundreds of photographs dating back to the 1920s. Rachael digitized and organized it all, plucking it from the past and placing it into her present. Then, she began retracing her grandmother’s story, following her through Central Europe, Scandinavia, and across the United States. She tracked down the descendants of those who helped save her grandmother’s life during the war. We Share the Same Sky weaves together the stories of these two young women—Hana as a refugee who remains one step ahead of the Nazis at every turn, and Rachael, whose insatiable curiosity to touch the past guides her into the lives of countless strangers, bringing her love and tragic loss. 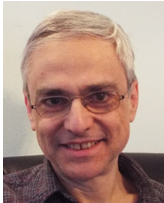 Roger Lustig is a genealogical researcher based in Princeton, NJ. Since 2002 he has specialized in the Jewish families of Prussian Poland, especially Upper Silesia and West Prussia. He has done research in archives in the US, Germany and Poland.

As research coordinator for GerSIG (German Special Interest Group) he is developing databases, including NALDEX (Name-Adoption List index), Württemberg Family Registers and the Hessen-Gatermann database. He has also contributed over 25,000 Prussian records to the JRI-Poland database.

He has given presentations at 13 IAJGS conferences, scholarly conferences in Germany and Poland, and various genealogical societies in the US and Canada. He moderates the GerSIG group on Facebook, and is one of 4 admins of the Tracing the Tribe group—the largest Jewish genealogy group on Facebook.

Topic: Jewish Genealogy in the Germanies (including Prussian Poland)

The Germany where our ancestors lived is not the Germany of today. Its boundaries have changed several times. Before its unification in 1871 it was more a concept than a state, composed of dozens of kingdoms, duchies and principalities large and small. Each of these states had its own laws and attitudes toward Jews.

To do research in “Germany” one must know which places belonged to which state at a given time, the legal status of Jews there, and the records that they kept. Germany has an enormous wealth of records pertaining to Jews, especially after 1800, but there are no simple, global rules for using them.

My talk will work backwards from today’s Germany to the early 19th century.

It will focus on key historical events, their impact on Jewish life and the way records were kept. 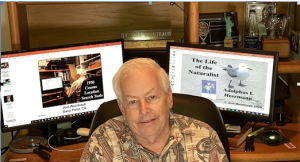 Joel Weintraub, a New Yorker by birth, is an emeritus Biology Professor at California State University, Fullerton.  He became interested in genealogy over 20 years ago, and volunteered for 9 years at the National Archives in southern California.  Joel helped produce location tools for the 1900 through 1950 federal censuses, and the NY State censuses for NYC (1905, 1915, 1925) for the Steve Morse “One-Step” website.  He has published articles on the U.S. census and the 72-year rule, the name change belief and finding difficult passenger records at Ellis Island, and searching NYC census records with the problems of NYC geography.  He has a YouTube channel that has his genealogy (and biology) talks at “JDW Talks”.

The U.S. 1950 census will become public on April 1, 2022.  Joel will prepare us for its debut by covering what is a census, who uses the census, census caveats, how the 1950 census was taken, training of enumerators, enumerator instruction manuals, census sampling, 1950 population and housing forms, census questions, post enumeration codes, 1950 undercount, and a summary of the results.  Joel will conclude with a discussion on his and Steve Morse’s 1950 census locational tools, online right now at the stevemorse.org website.  Those 1950 utilities took almost 8 years to produce with the help of under 70 volunteers, involve 230,000 or so searchable 1950 census district definitions with about 79,000 more small community names added, and street indexes for over 2,400 1950 urban areas that correlate with 1950 census district numbers.  Joel will incorporate in this talk parts of his four part online workshop for 1950 Philadelphia resources.

Topic:  Book Talk – The Stolen Narrative of The Bulgarian Jews and The Holocaust

The conference will be from July 30 to Aug. 3. The call for proposals is open now. For more, see IAJGS2023.org.