Due to the Corona virus situation, our meetings this year were conducted on the Zoom. Starting May 15, our meetings will be in-person AND online whenever possible and safe.

Speaker: Sharon Taylor, Writer, Researcher, Speaker, and JGASGP Member
Sharon is a writer, researcher, and speaker with a lifelong interest in Jewish genealogy. She graduated from Cornell University with a BS degree in Industrial and Labor Relations. For ten years, Taylor worked as a Professional Research Assistant at the University of Colorado School of Medicine. She is a member of Gesher Galicia and the Jewish Genealogical and Archival Society of Greater Philadelphia and is included in their Speakers Bureau. Her articles have been published in both organizations’ journals, on The National Library of Israel Blog, and in Jewish newspapers in Philadelphia and Arizona.

When writer and researcher Sharon Taylor went looking for the criminals on her own family tree, she discovered the colorful history of the Jewish Mob in early twentieth century Philadelphia. Particularly during Prohibition, crime among Jews in Philadelphia flourished. This talk walks participants through the clues that Taylor followed to learn about the criminals in her extended family using the U.S. Census, vintage newspapers, and collections at the Philadelphia City Archives. Taylor also highlights some of Philadelphia’s most notorious Jewish gangsters.

Swiss diplomat Carl Lutz used his government position and bureaucratic expertise to rescue tens of thousands of Jews in Budapest Hungary who were in danger of deportation to Auschwitz during World War II.

We are also hoping to have Bryan Boorujy, Dangerous Diplomacy Director and Eric Saul, Historian and Founder of Visas for Life: The Righteous and Honorable Diplomats Project to speak after the movie and answer our questions.

Andrew Zalewski is past vice president of Gesher Galicia and a frequent speaker at meetings of Jewish genealogical societies and cultural and academic institutions in the US and abroad. His interest and writings have focused on Jewish cultural transformation, educational access, modernizing impact of Jewish physicians, and Jewish political and legal rights in Galicia. Unique archival records—population surveys, maps, and old newspapers—provide the background for his in-depth description of Galicia.

He authored two books on Austrian Galicia: Galician Trails: The Forgotten Story of One Family and Galician Portraits: In Search of Jewish Roots, in which he traced the story of his ancestors in a historical context.

Topic: The Path To Modernity: The Jews of Galicia

Join us for a fast-paced journey through the centuries of Jewish experience on the path to modernity. The talk untangles confounding borders of Eastern Europe and the ways how Jewish lives continued to evolve there over centuries. The narrative takes us from a traditional communal autonomy to the Jewish Enlightenment (Haskalah); and then, from increasingly diverse Jewish cultural identities and politics to pressure to emigrate and through the crisis of the First World War. We explore these topics with a focus on Austrian Galicia, home of the largest Jewish community within the Austrian Empire.

Daniel Goldmark works on American popular music, film and cartoon music, the history of the music industry, and popular music. He is a professor at Case Western Reserve University in Cleveland, Ohio where he is the head of Popular Music Department and the Director of the Center for Popular Music Studies. He is the series editor of the Oxford Music/Media Series from Oxford University Press, and is the recipient of a fellowship from the American Council of Learned Societies (ACLS). Goldmark also spent several years working in the animation and music industries. 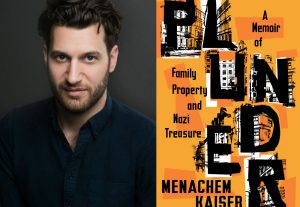 Menachem Kaiser is a writer living in Brooklyn, NY. His debut memoir, Plunder, won the 2022 Sami Rohr Prize for Jewish Literature and was named a New York Times’ Critics Best Book of the Year.

From a gifted young writer, the story of his quest to reclaim his family’s apartment building in Poland — and of the astonishing entanglement with Nazi treasure hunters that follows. 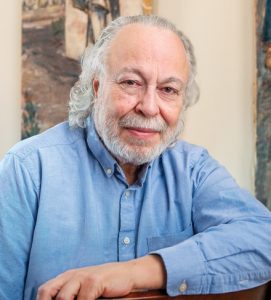 Jacky is an internationally acclaimed, award-winning documentary filmmaker, oral historian and media creator who has worked for over thirty-five years creating films and videos in the United States, Germany, Israel and Bulgaria. He has worked on groundbreaking films in Holocaust Studies. He is the director, editor, producer and distributor of three full-length documentaries and a dozen short videos about the Holocaust. 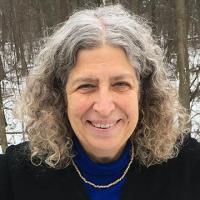 MMartha is an award-winning author, oral historian, artist and independent scholar who has written several books about immigrants, migrants and the formerly homeless. In an effort to help dissipate prejudice and discrimination, she conducts oral histories to discover people’s voices and stories to share within the social historical contexts with other people.

Topic: Book Talk – The Stolen Narrative of The Bulgarian Jews and The Holocaust

The speakers share a complex tapestry of voices and memories previously underrepresented, ignored and denied. It is an alternative perspective that includes stolen, silenced but now reclaimed Jewish narratives based on our peoples’ experiences. It contextualizes and personalizes the history, reconstructs the puzzle, praises those who helped the Jews and shares their exemplary acts of humanity for future generations. It fills a void in the Bulgarian Holocaust literature–specifically first-hand accounts of memory of survivors, eyewitnesses, photographs, official publications, laws, and newspaper articles. They will also talk about the importance of oral histories and their journey together to write this ground-breaking book. 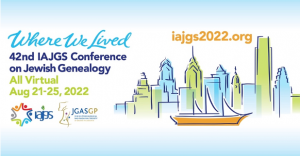 We are now accepting payment for the 2022 dues.